I recently showed off my new computer system based on a AMD Ryzen 1700 (see more here).
To show what it can do, I created a new Benchmark for Hash Animation:Master which I call "A:M Bench 2017".


There already is one other Benchmark which is called "ThreeTeaPots" (you can find it here) from 2009 so why creating a new one?
The problem with ThreeTeaPots is, that it does not really use any of the newer features of A:M and will only use one thread to render.

Before it did not make much sense to get all the bells and whistles of A:M in a benchmark, simply because computer have been too slow to give a reasonable result in a reasonable timeframe. 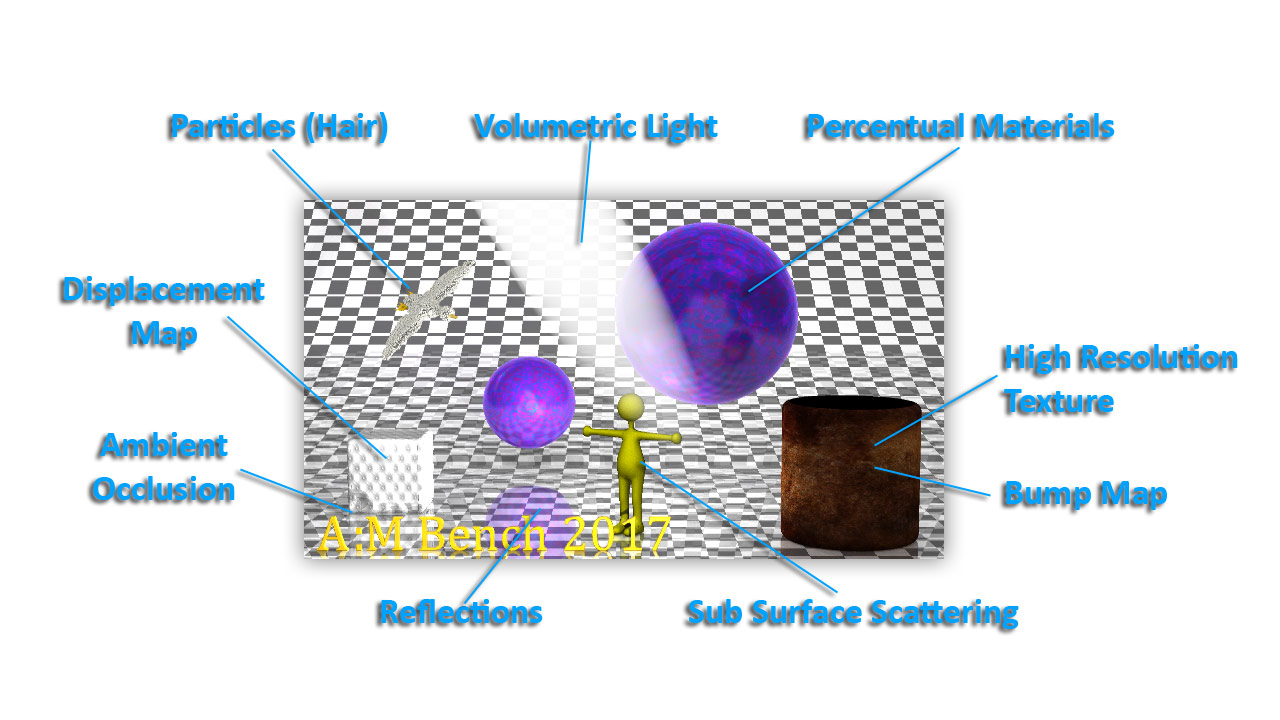 But with the newer generations of computers that should no longer be a bigger issue and it may be of interested to see, if certain features are rendering faster on one machine or the other. (this is not necessarily the case but it could occur)


The file for A:M Bench contains of a few things:

You can do them all or just do one or two of them. It is up to you.


How to submit your results:

At the moment, you should provide a screenshot of your render result (for 1, 2 or 3 of the benchmarks) and post it as an answer to this thread. It is possible that in future there will be a web interface to upload your results to. I will updated this thread then. Additional to that, please let us know about your system. You should provide these information:

So why are you still reading? Start up your computer and show us what it is capable of! :)
Important: It may be, that A:M Bench 2017 will only work with A:M v19b and newer. If you experience a crash at the start of rendering, this may be the case. Please use A:M v19b (out soon) then.