A new print with a new filament type: Wood.
It was really easy to do that with the new adjustable extruder.
Adjusted the pressure, used the same temperatures like with PLA-prints and it worked out great. 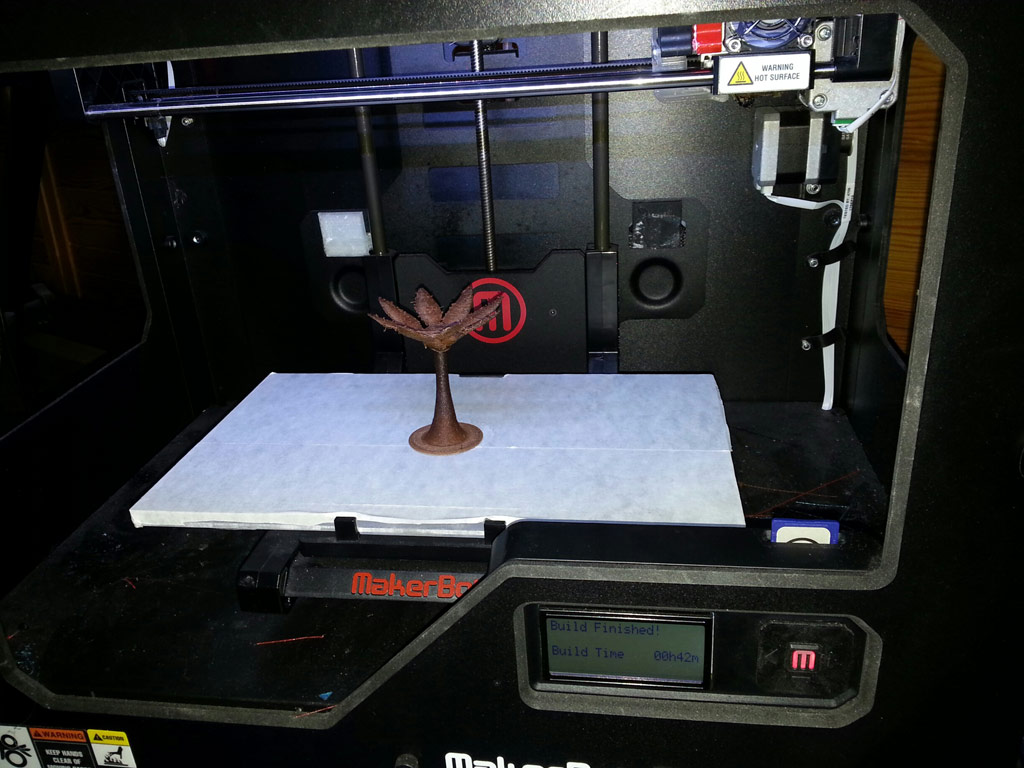 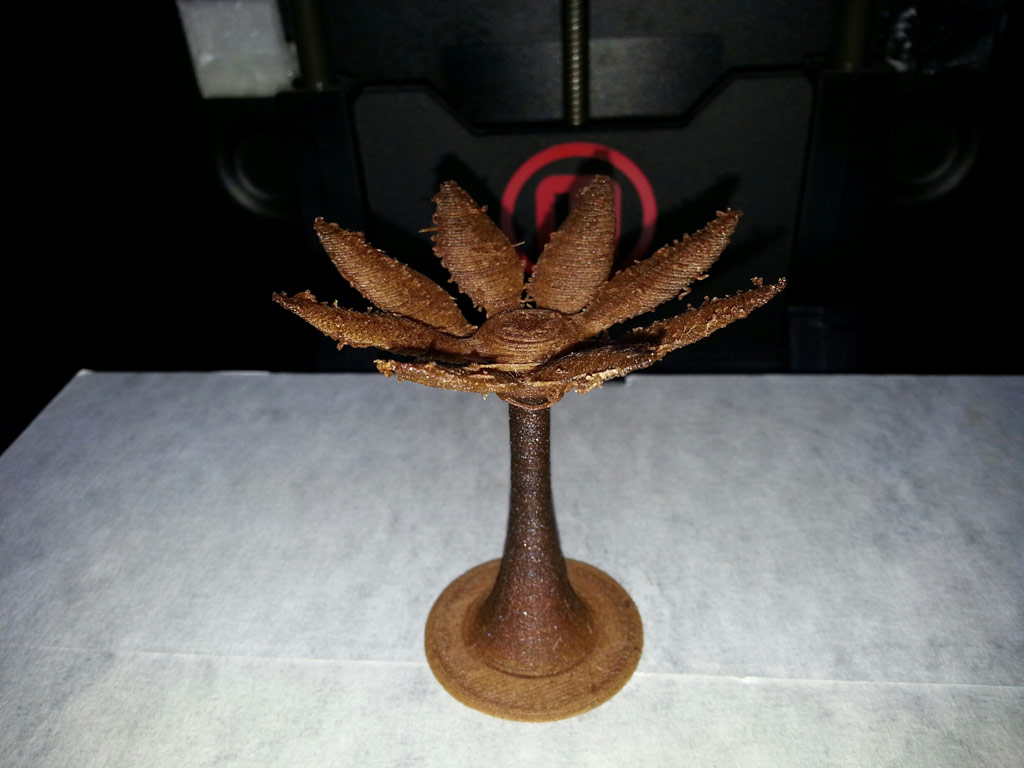 The result smells like warm wood and feels like cork. The rought texture is not a problem with the filament but with the model. It was hard to print even with standard PLA (although it looks a little bit better there) since this has large overhangs and was printed without any support material. But it still looks great!

The most challenging part was, that the filament was not delivered on a role but was only "folded" to a loop. That made it hard to work with and I had to stay with the print and manually readjust it while printing. Since the filament is a little brittled, it would have been very hard to put it on a role before printing... (a shame)

I would not recommend to print at higher resolutions than 200 Micron better 300 Microns. 100 Microns would be hard, because of the small particles in the filament.

My biggest concern was not fulfilled so. I thought my nozzle would choke, but that has not happened at all. To be sure, I just unloaded it and have used normal PLA filament to get all the rest of the wood filament out. It behaved normal like any other PLA filament.