My battle against HDMI to DisplayPort and back... or the day I tried to connect my Wacom Cintiq to my new graphics card

I bought a new graphics card a few weeks ago. (a Gigabyte Radeon RX 5700XT to be exact to achieve better frame rates for VR... which was only as lala as it turned out, but anyway: now I have a much more powerful GPU... doesn’t hurt)

Unfortunately, I didn’t take a close look before or thought: adapters are still available and I neglected what kind of connections the graphics card has compared to my "old" graphics card (a Sapphire RX570 Nitro+).
In short: I would have needed one more HDMI port, but unfortunately it only has one and the rest are DisplayPort connectors and my Wacom Cintiq 13 HD Touch is not getting any more. (this is a Wacom display on which you can draw directly - not just a drawing tablet)
This is still the version before they switched to USB-C, and so a proprietary connector with a built-in HDMI cable (among other things) is used here. So I could not use a DisplayPort cable directly.

So I set off with a naive eye and went to Amazon (in the middle of the hot phase of the pandemic) to buy an adapter for a few euros and thought: Well, that was it.
While I was waiting for the thing, I remembered having an adapter in my big cable box (I think I bought one for my beamer, but unfortunately it was not compatible and so it disappeared in the box).
After some searching I found it and tried to connect it but also here: No chance. The thing simply did not want. So I thought: Well, it’s probably just broken - what the heck, I’ll have the other adapter from Amazon soon.
But when it arrived, I ran into exactly the same problem: The thing just didn’t work.

That slowly made me suspicious, so I took a closer look at it: It seems that with normal adapters you can only connect HDMI and DP in one direction! I still don’t really understand the problem, but I’d like to be careful and keep my eyes open when buying. If you see a very cheap 6 Euro adapter or something like that, it won’t necessarily help: It depends on which side the receiver device is and where the transmitter device is located.

Finally, I found my second try in Saturn (my first one during the hot phase of the pandemic was unsuccessful: I only found empty shelves) brought me to this (felt overpriced, but finally working) adapter from Icybox: 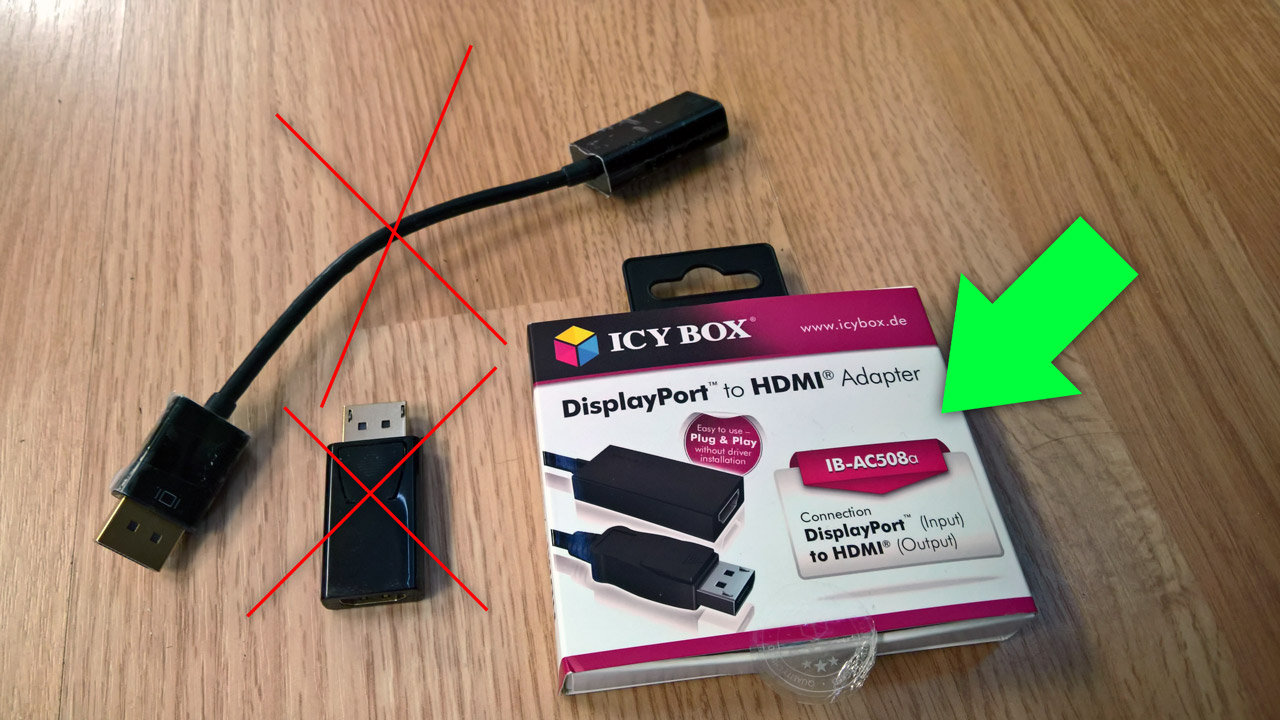 It costs about 20 Euro, but works perfectly and at first go where all others failed.
And now I’ve finally connected my Cintiq again and it doesn’t just gather dust in front of my other two displays. So here’s a picture that I drew with it just for fun to see how good a Cintiq really is... it’s as close as you can get and the best way to get pencil drawings on your computer (everybody knows what happens when you scan something like that) is just to create them directly on your computer. 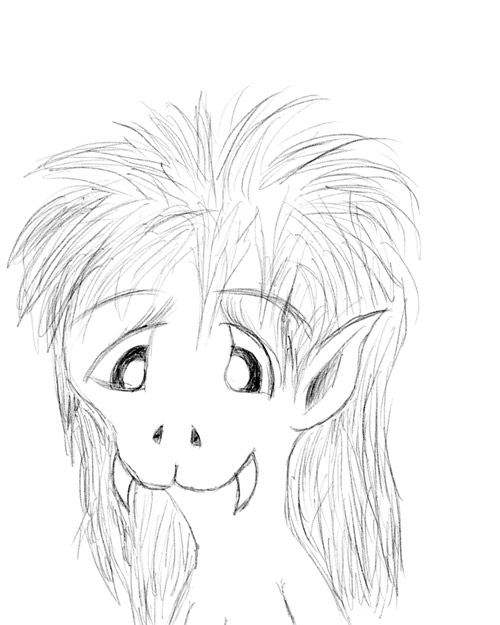 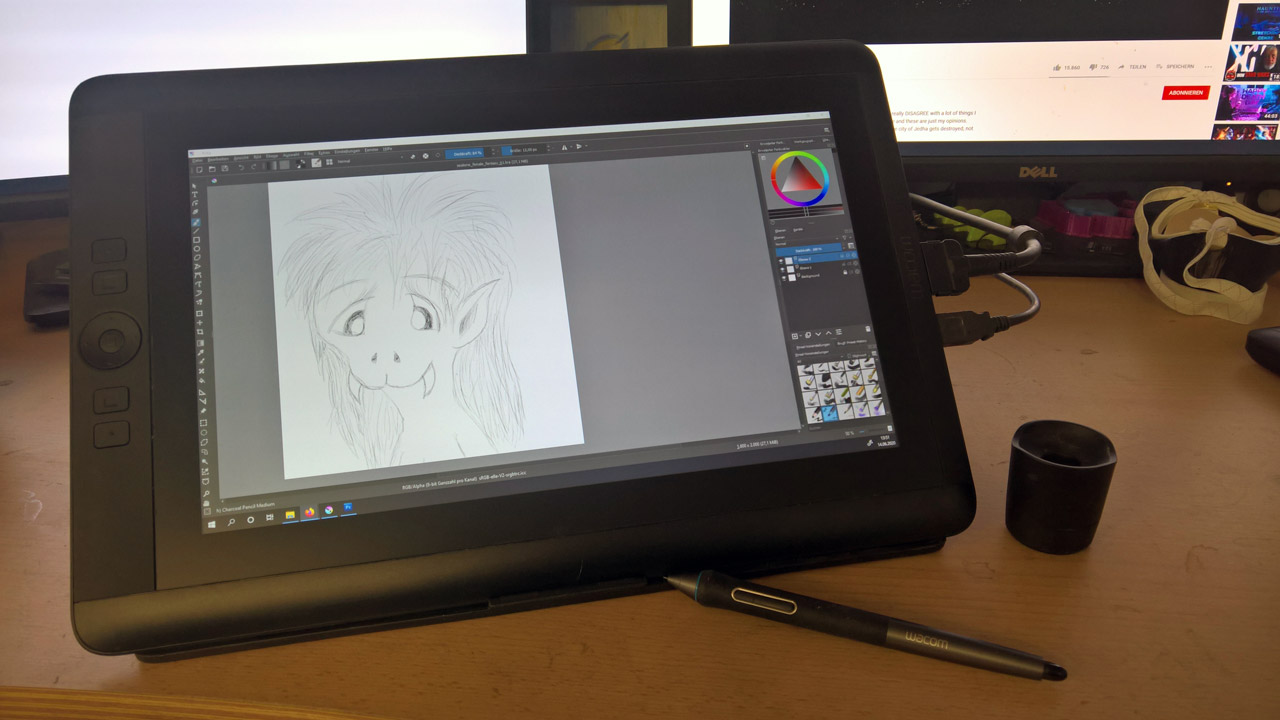