Tablet Holder for DJI Mavic Air from the 3d Printer

Recently it was my birthday and I got myself a DJI Mavic Air - that’s a semi-professional camera drone. Such drones are typically controlled from the perspective of the drone with the support of live views and of course a eye-side view of the pilot himself. 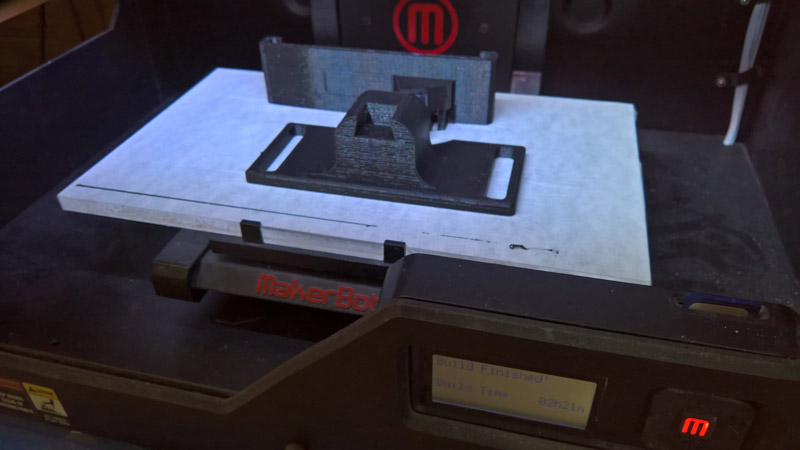 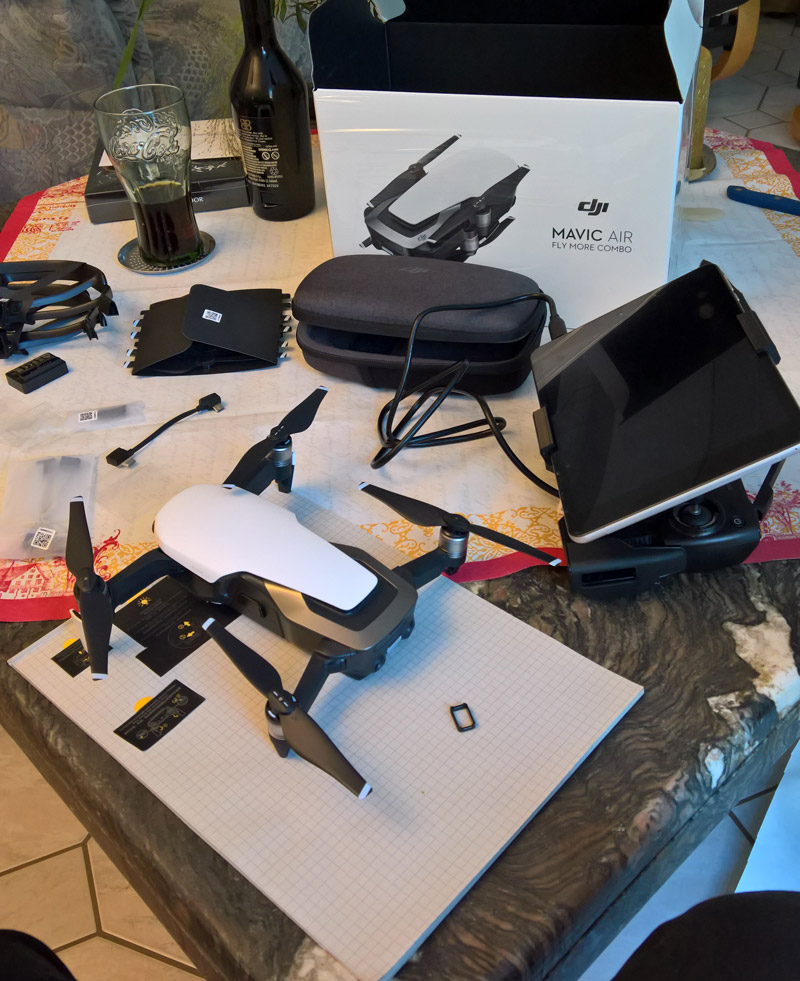 
A smartphone display is often used for this purpose. But also big smartphones make the handling as well as the recognition of the details very difficult, empty the battery of the smartphone, which you will probably need for other things, quite fast and are thanks to sensitive software from DJI, which generally has incompatibilities to other apps, little RAM, etc. generally not the best choice.

That’s why I ordered a cheap but quite powerful 8" tablet that can be connected to the drone’s remote control, which I’m only using for this purpose. Since this is a China tablet (which you can buy via Amazon Germany, but which is still produced in China and sold by a Chinese company), I didn’t even integrate it into my normal WLAN for data protection reasons and created my own users only for this tablet.) 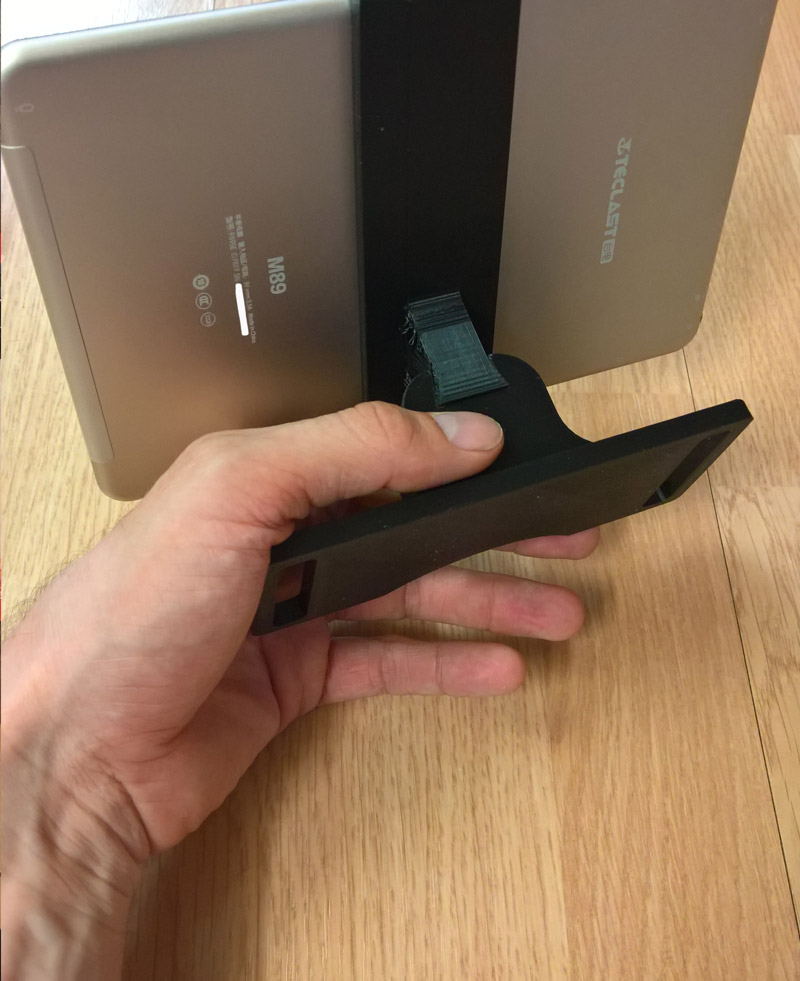 In order to be able to use this tablet with the drone, I had to print out a tablet holder with which I can still use the tablet with the remote control. Therefore I downloaded a system for an iPad Mini from Thingivers, rebuilt the tablet holder in the right size in Hash Animation:Master v19 and read the corresponding dimensions directly from the tablet (nevertheless I had to do this twice because I had set it too much to voltage ;)) 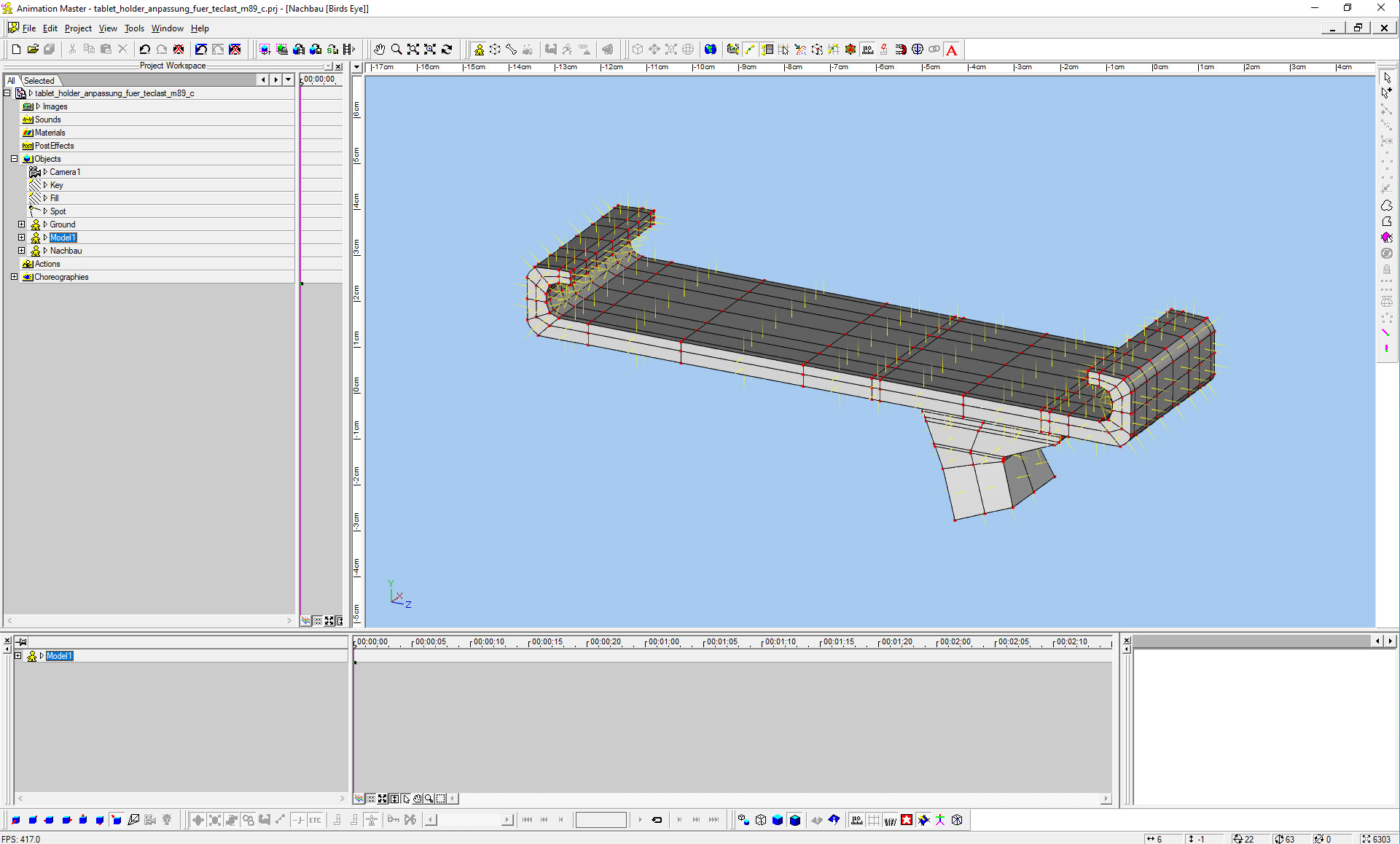 But to keep the story short: It worked out very well and here you can see in some pictures how I proceeded and how I got the tablet well and firmly mounted: 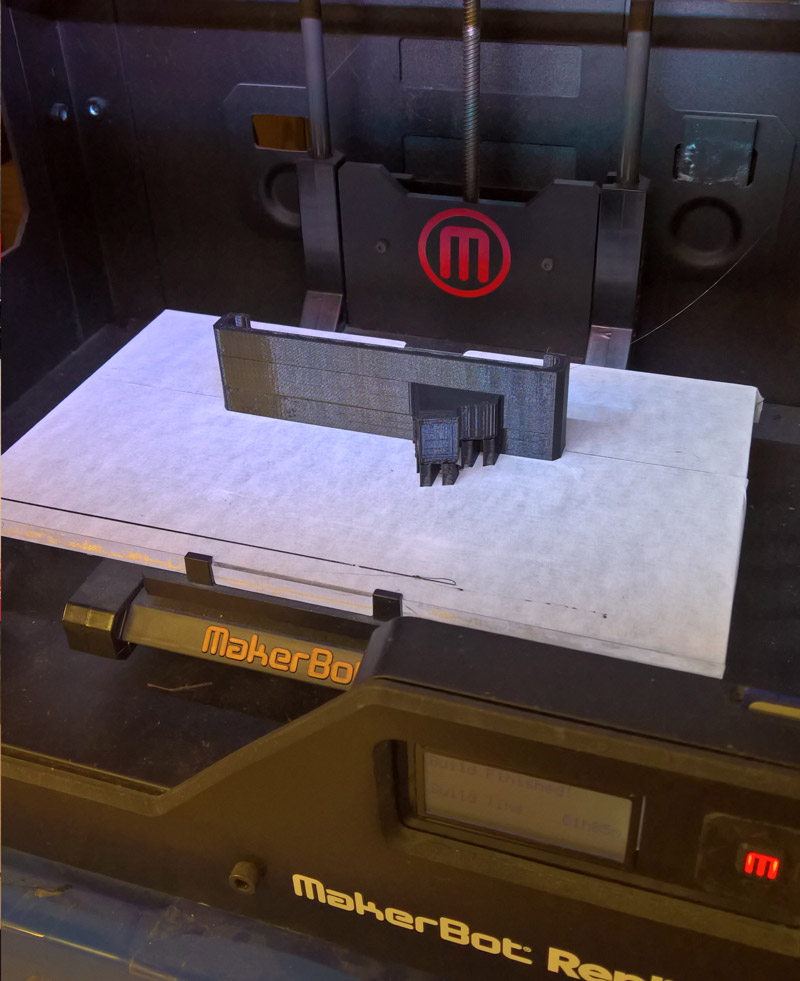 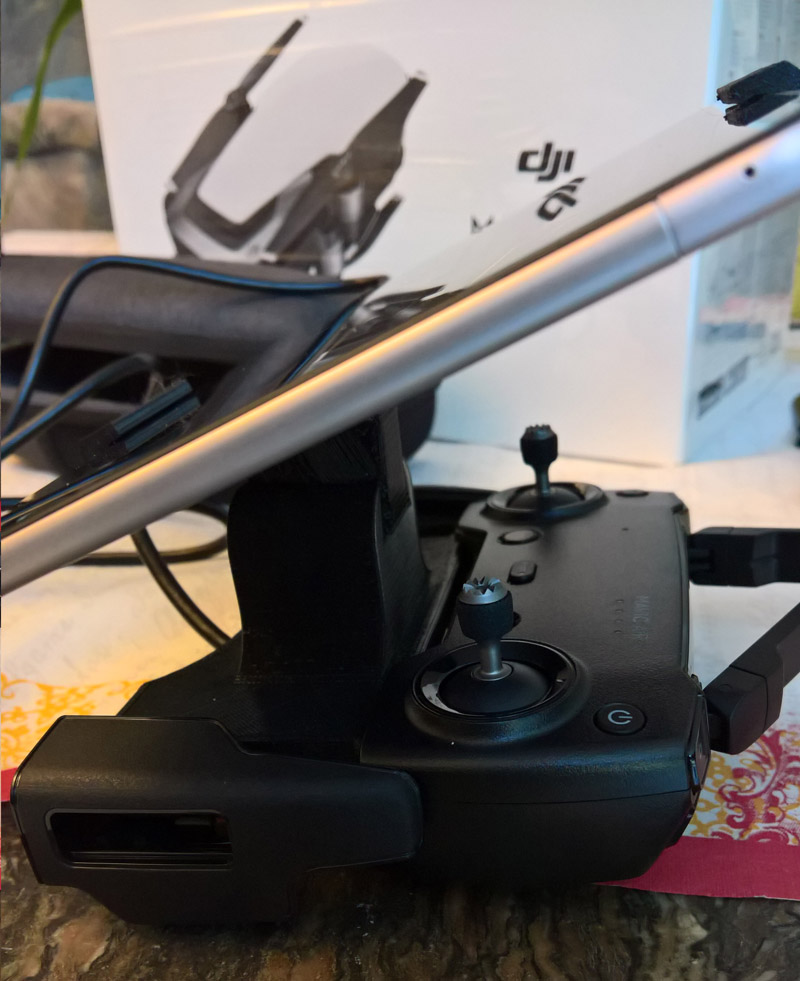 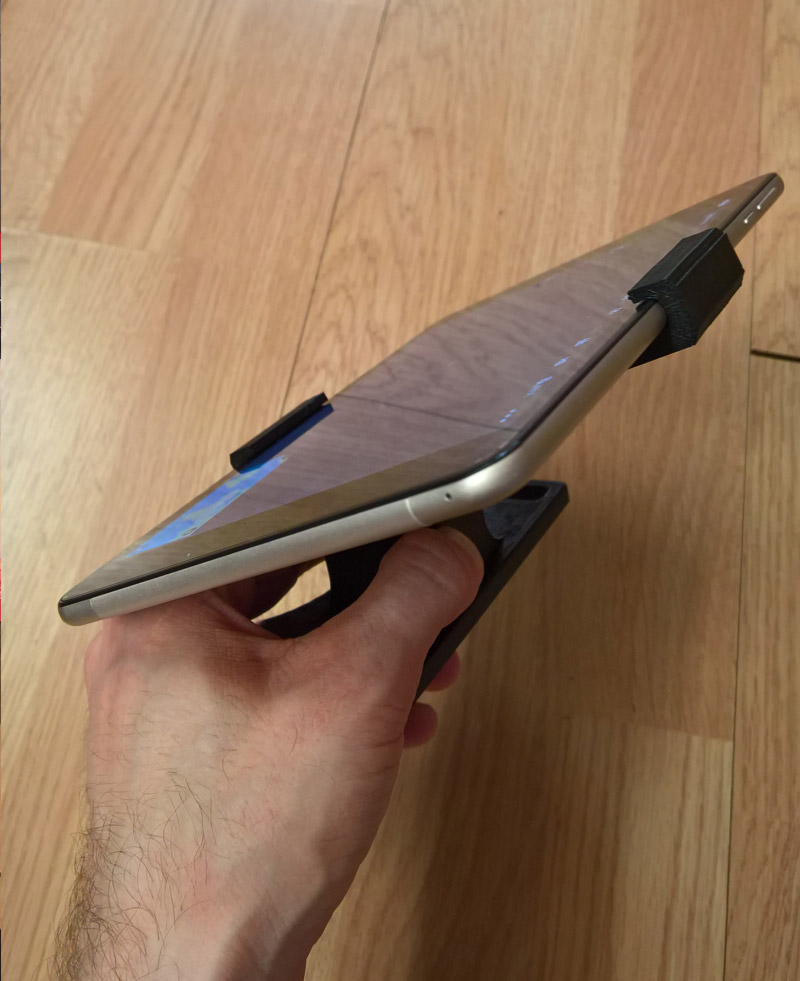 If you want to print it yourself, get the files here:
Tablet Holder for Mavic Air and the Teclast M89(ZIP, 65.81 kB)