My new smartphone is the Lumia 950 XL. It is a Windows 10 Mobile smartphone with a 5,7 Inch display (it is a phablet) and the first Windows flag ship smartphones since years. So the expectations are hight and I want to tell you about my experiences of the last month of usage with the smartphone. 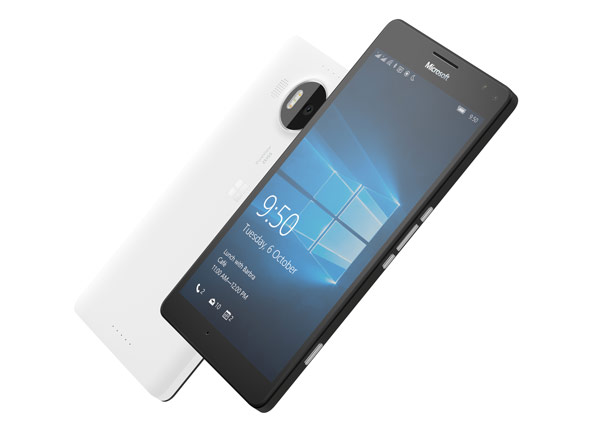 To do this, I'd like to answer a few questions / statements:

"The app store of Windows is empty.":
The short answer: No absolutely not. Neighter concerning apps, movies music or books and magazines.

The long answer: The app store has about 667.000 Apps in it (the number is from Sept. 2015) – which is about a third to one half of the app store of iOS or Android. But that is absolutely not empty and I found everything I needed easily. There is one current exceptions from that: Snapshot. I am not using that, but it is a bigger app that is missing.

But there is something different which even increases the number of apps in the windows appstore: Universal Apps. These apps can be used on any windows device including phones, tablets and desktop computers. These apps may help to increase the app amount even more, since developer can target different systems without any additional afford and can bring there apps to the desktop as well. WHEN this will work out, it should be a nobrainer.

"Windows 10 Mobile is hard to be used."
The short answer: No, not all.

The long answer: Windows 10 Mobile is different then Android or iOS – that's it. I am former Android user (or better I am still one because I am a developer and have to test apps on all the platforms) but in less then 15 minutes I adjusted and today, I find it more intuitive than the other mayor mobile platforms. I think that especially people who never used a smartphone before may be much better of with Windows 10 Mobile then with Android or iOS but I, as a former Samsung user (TouchWiz) am happy too.

"Tiles are ugly..."
The short answer: I thought like that too, but with Windows 10 Mobile this isn't true anymore.

The long answer: This is something you can argue about... for Windows 8 on the computer I still do not like tiles. But with Windows 10 and especially mobile I think it is a good thing, especially because you can customize the start screen on your phone that much now, that you will not even notice tiles anymore (and no, I have not done it to that extend). You can for instance define a tile-image or a background-image, use a freely defineable transparency of the background of the tiles, customize the size of the tiles and so on. It is quite close to Widgets on the startscreen of the phone in Android, but each app can be a widget, not only some with a few infos on it. And you will decide, which one you want to be there and where it should be.

The long answer: Even slower hardware can run Windows 10 Mobile quite nicely. In the 950XL there is hardaware which is at the top when the phone was released. It will not fly to the moon with you, but it is running very smoothly. But where it really should be a fast hardware is, if you want to use Continiuum. What that is? Let's talk about that later.

The long answer: I read about bugs and problems all the time, but I can't reconstruct most of them. I have to say, that I created a new Windows 10 Monbile-Account with it and installed the newest firmware and software right before I started to use it. Since I started to use it, I not once had a crash of the phone or any need to soft-reset or hard-reset it. I had 2 app crashs in the first month... not really a problem if you ask me... my SD card was recognized from the beginning and my battery life is nice. With playing games, using WhatsApp and E-Mails extensively, it lasts for one to one and a half day easily. If you are often in stand by, it may be possible to run it for even longer.

So, am I absolutely, totally and fully satisfied?
No, not everything is absolutely super. There is for instance one small bug with the recharging of the phone which will power it on when it is loaded even so I did shut it off. If you are using Windows Hello (iris scanner), this will try all over again to find you and that will burn the battery that much, that my QI-wireless-charger will not be able to load it in one night again. This is not a big deal, but should be fixed. With the USB loading this is not a problem at all, since that one will charge it fully in about 120 Minutes anyway.

In future I will very likely tell you more about it... for instance about Continiuum, which I want to test very much and will share my experiences with you here.