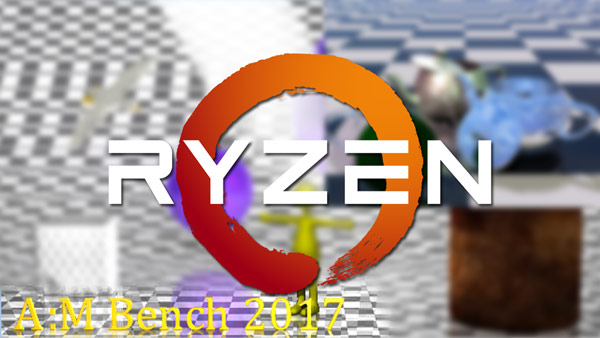 Have you been eagerly waiting? Here after a "long" wait I present the fresh benchmarks of my AMD Ryzen 1700 and A:M.
And because of this, I have even created a new benchmark test for Hash Animation:Master, which should test a lot of newer features too.

It is called "A:M Bench 2017" and it will utize among other things:


Apart from that, I tested the well-known "ThreeTeaPots"-Benchmark from 2009.

And since the AMD Ryzen 7 1700 is a 8-core/16-threads processor and A:M does only use 1 core when rendering internally, I have additional to the A:M internal rendering tested it with A:M Netrender with 26 frames to test the multi-core abillities too. (in A:M netrender we can use all of the cores/threads at once) 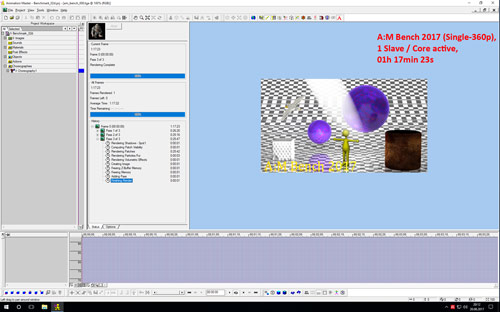 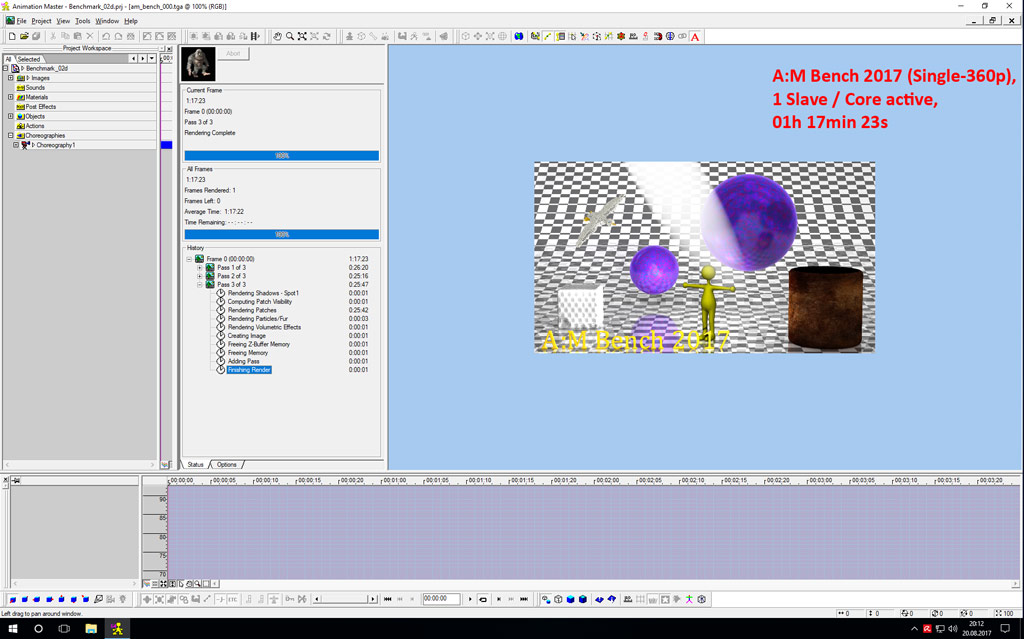 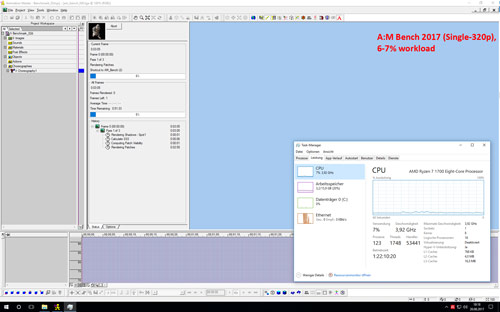 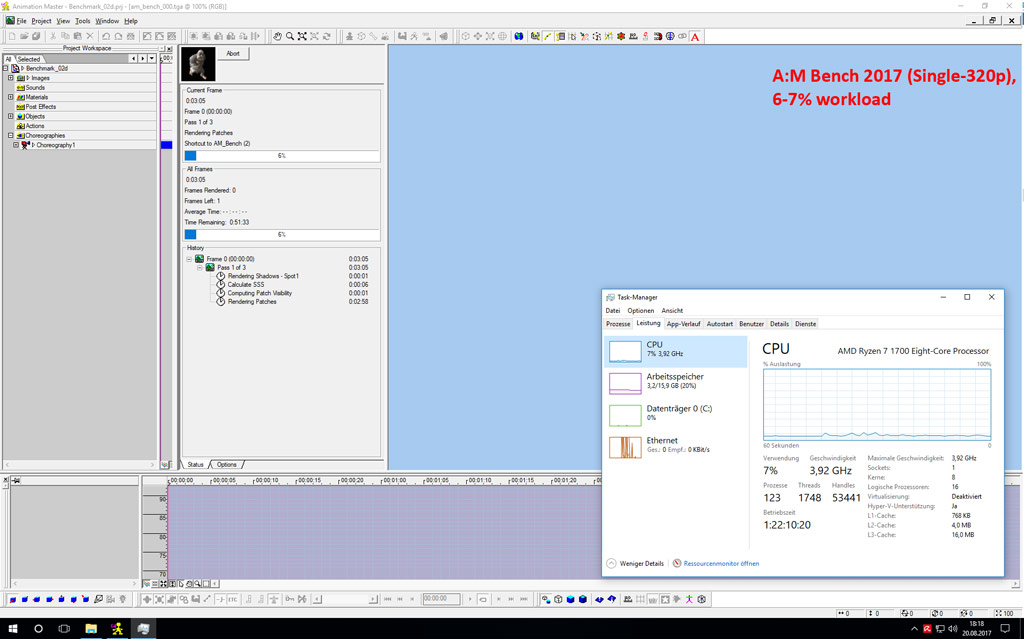 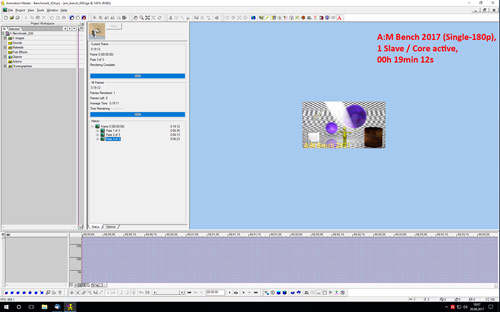 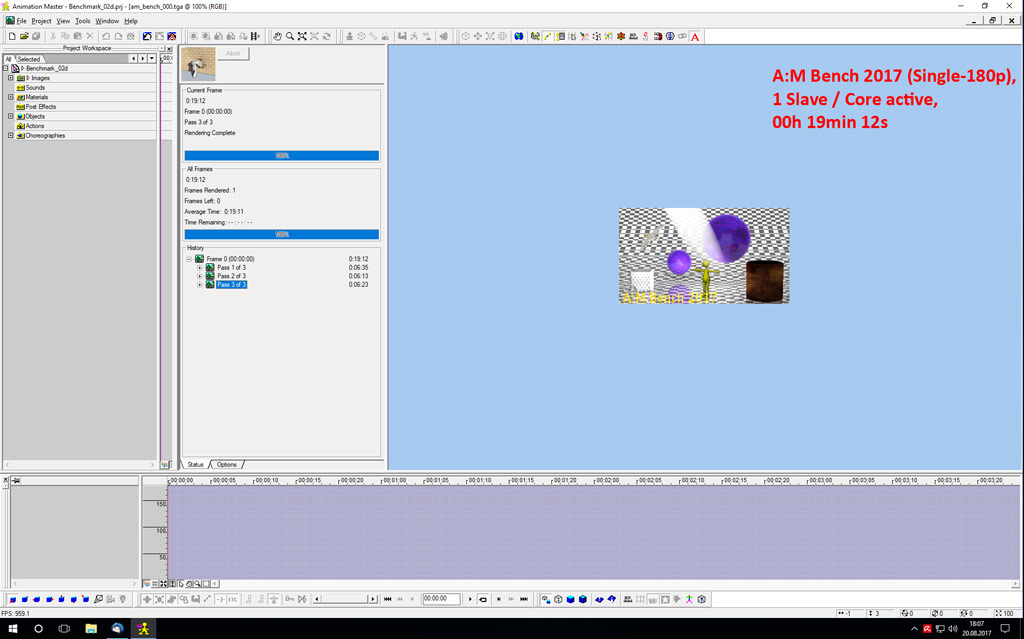 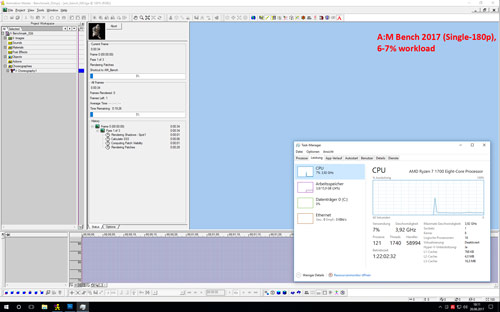 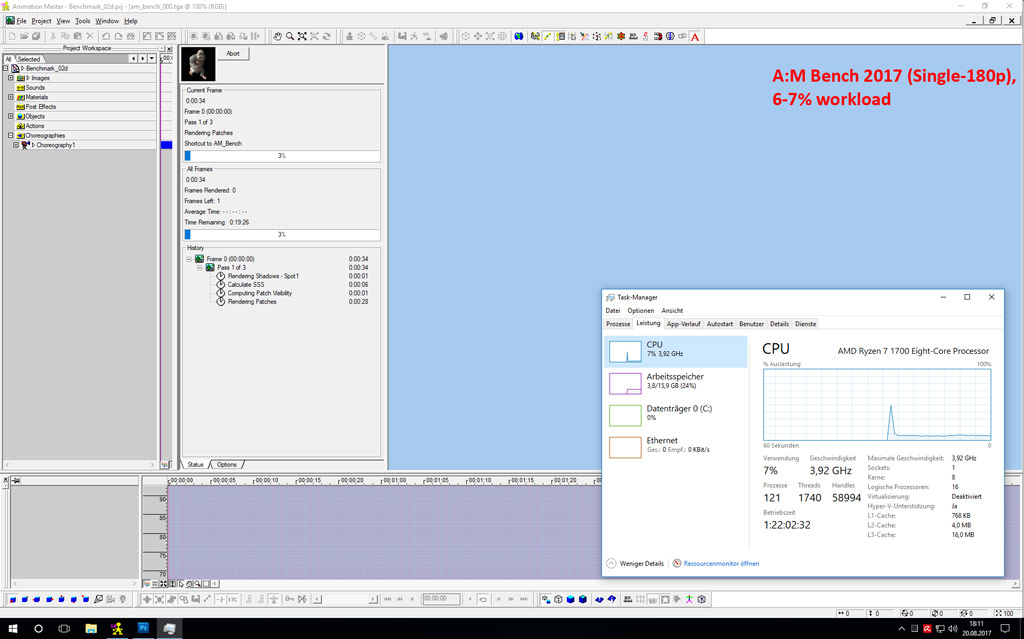 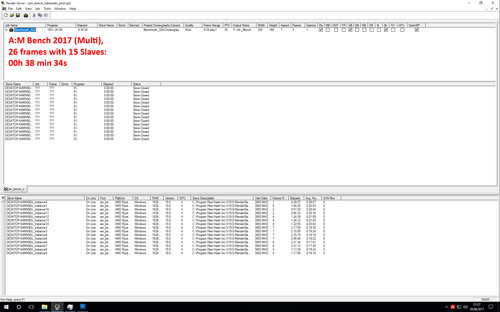 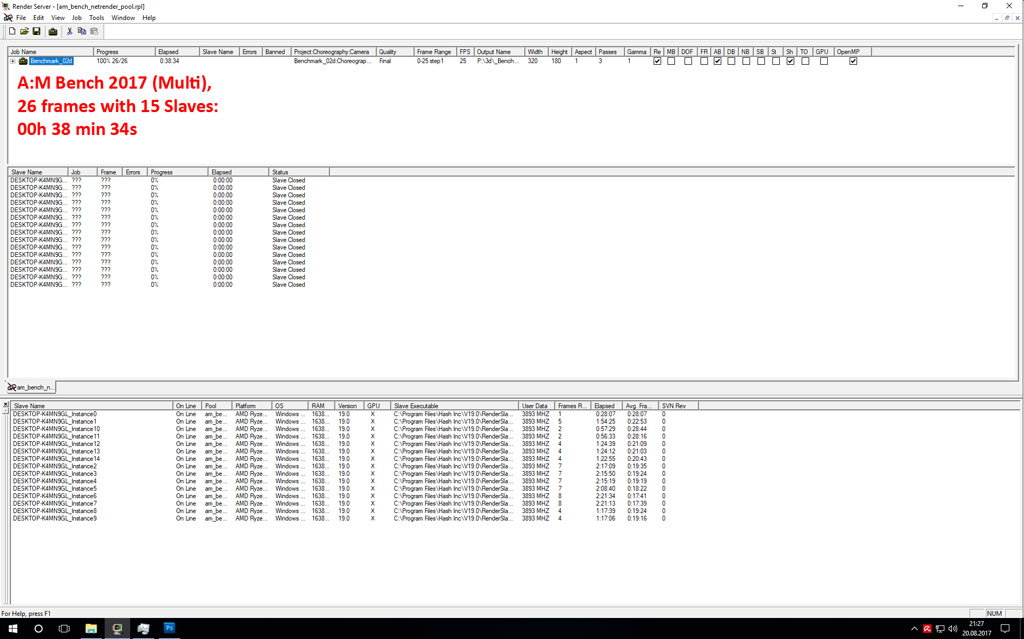 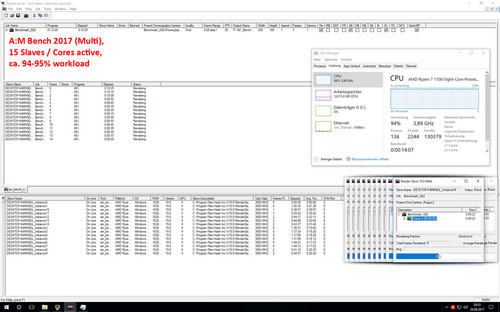 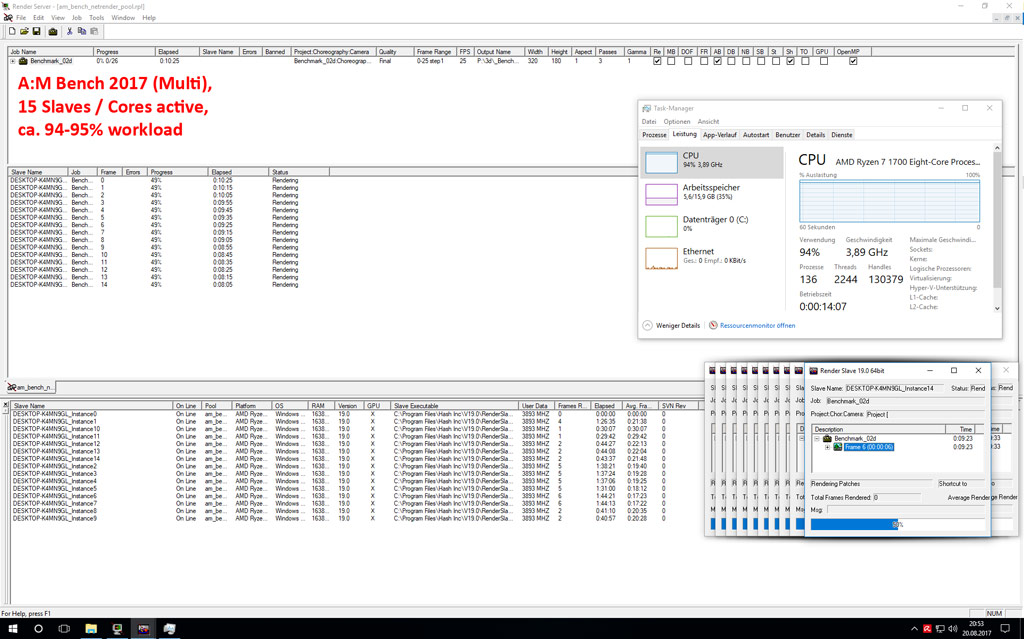 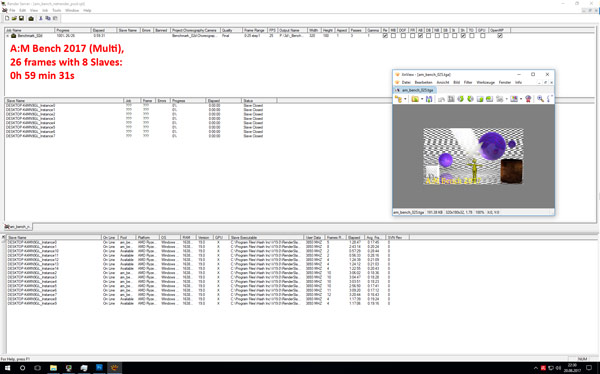 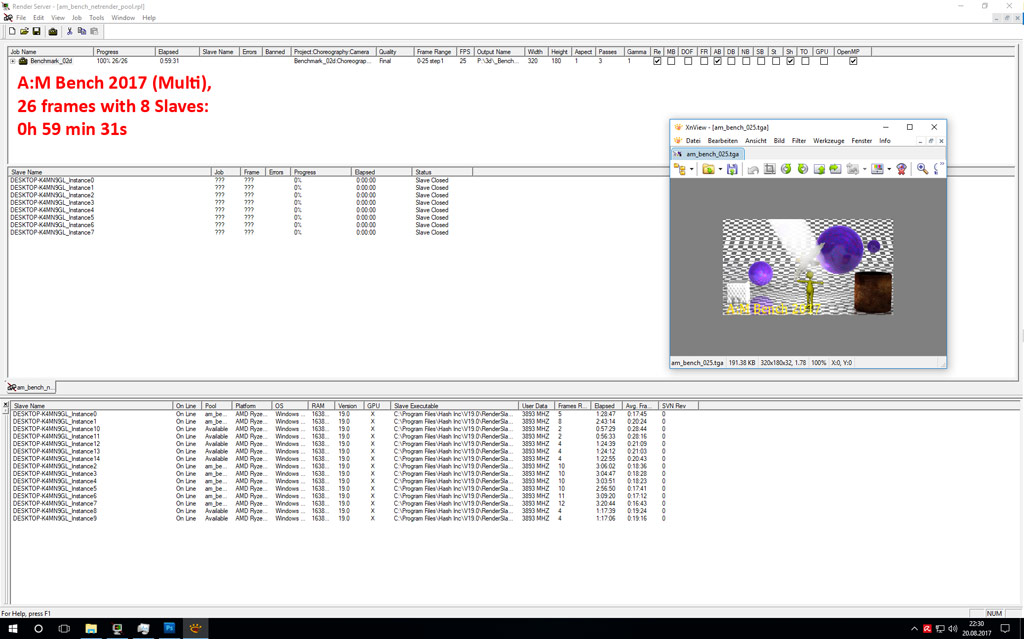 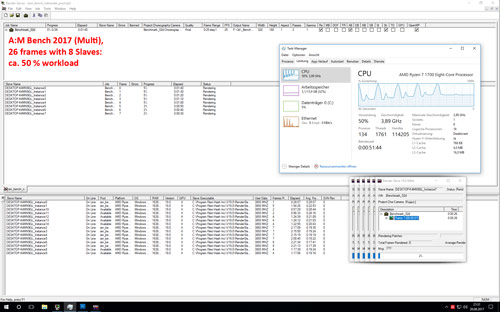 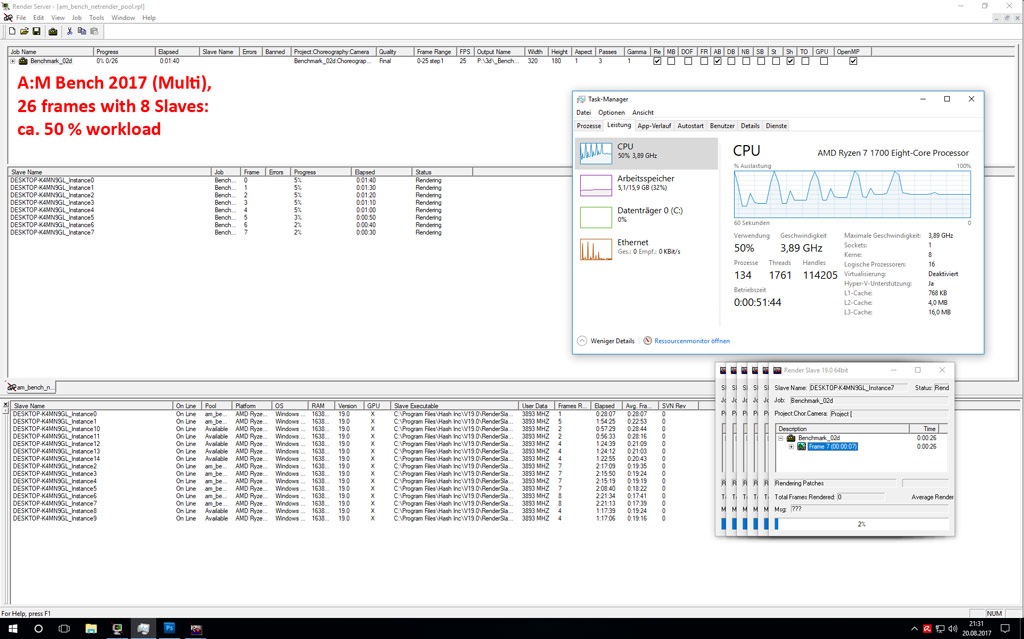 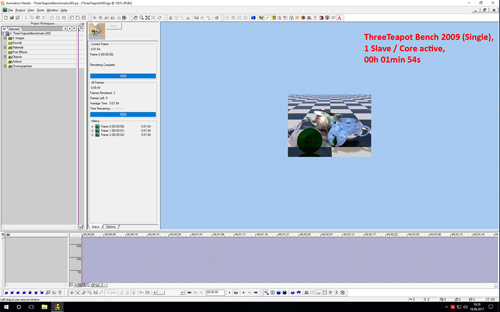 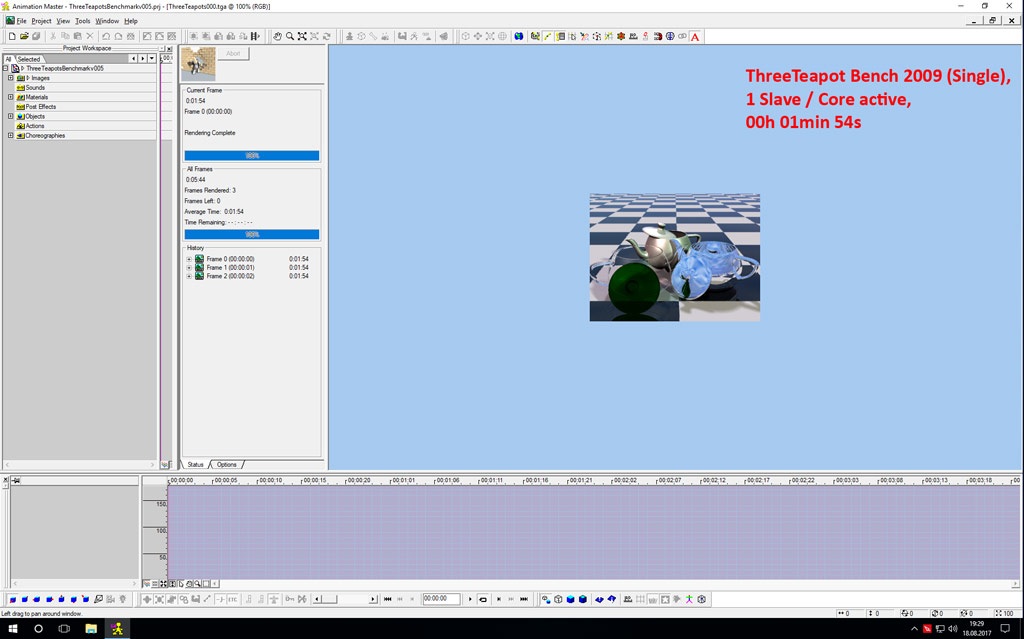 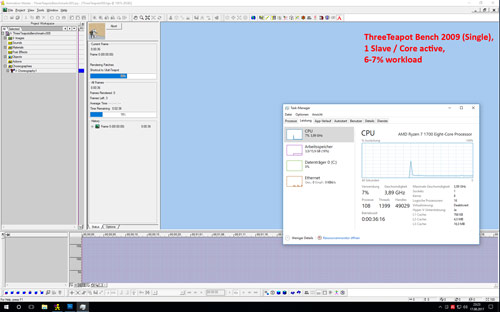 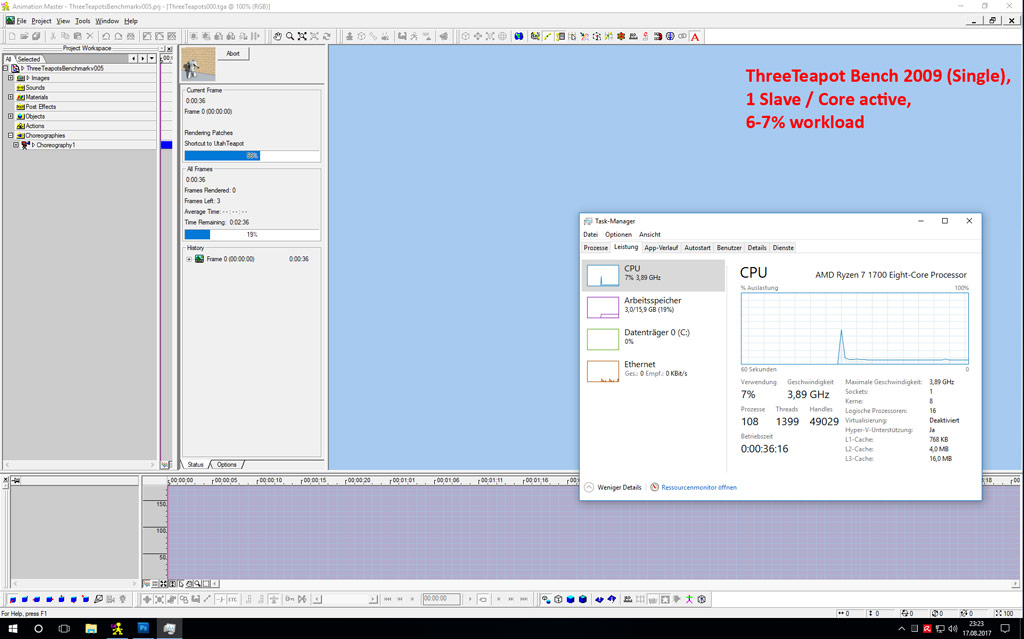 
And there we go... the AMD R7 1700 at 3.9 GHz overclocking in differen benchmarks with Hash Animation:Master.
I am very happy with the machine. It outperformance my old AMD PII 1090T in single-thread-performance by about 100% and in Multicore it is even better :).

Why I used 15 threads, not 16? Netrender as a software does need some performance too. Because of that it is good practice to leave a little bit of processing power for it. If you use for instance another computer in your LAN to run Netrender on it, you can of course use 16.

And why 15 and 8 threads? AMD calls it "Simultanous Multi Threading", Intel calles it "Hyper-Threading". Both do more or less the same: They will split a real core into two simulated once to push the performance limits even further. But such cores are each only at about 60% performance of a real core in general. To compare those, I have put up both benchmarks.

And if you want to test the benchmarks on your own computer too, you can do that with this files in this download:
Hash Animation:Master Benchmark Suite 2009 & 2017(ZIP, 1.64 MB)