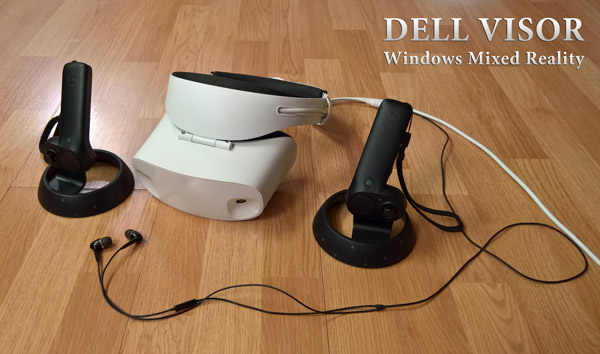 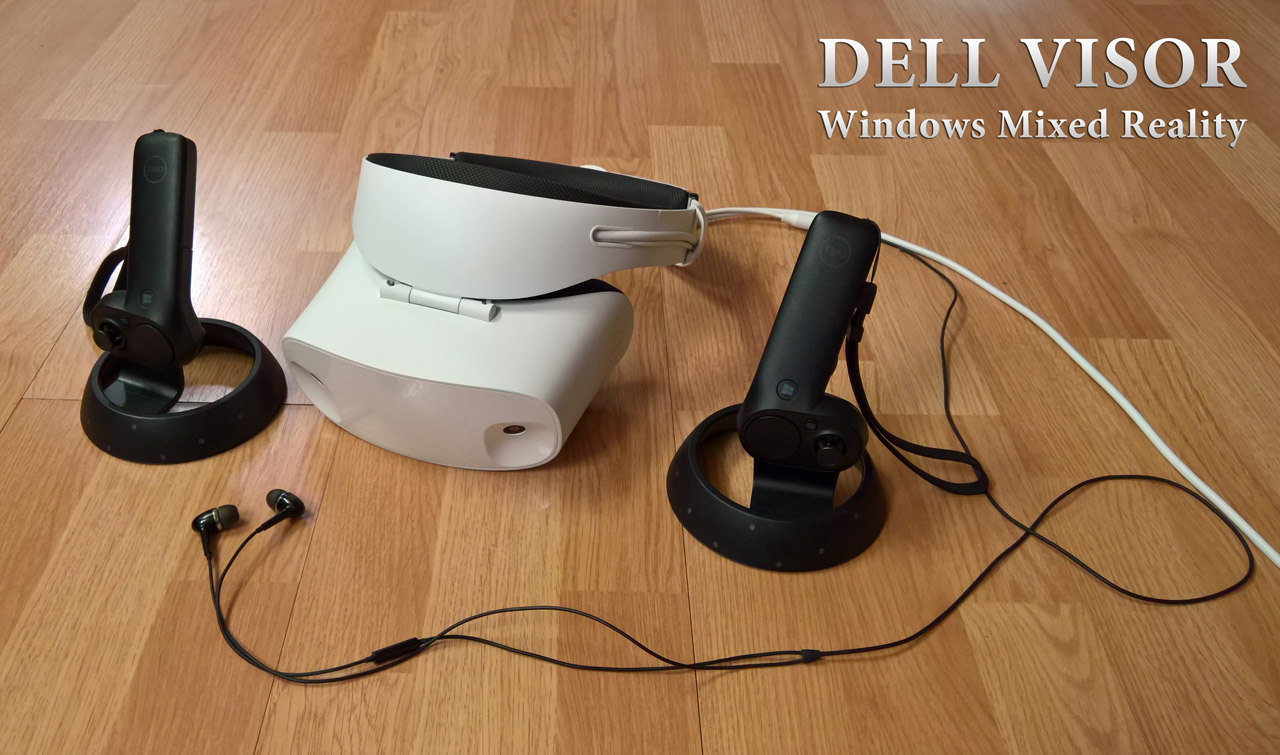 At the moment I know these Mixed Reality Headsets:

In this first episode, Iâ€™d like to tell you something about what makes these headsets special and why I chose the Dell Visor headset and in future contributions Iâ€™ll tell you some tips and tricks on how to make the experience even better and what to consider.

The Windows Mixed Reality Headsets (MXRs / MXRHs) are not the first Virtual Reality Headsets on the market; the three well-known headsets already available on the market are the Oculus Rift, the HTC Vive and the Sony VR headset, each of which uses external sensors (i. e. cameras that have to be mounted or set up in the room around you) to take over tracking.
Controllers are briefly converted gamepads, which allow you to operate in the VR room and which are also displayed to you in the VR room. you hold these controllers in your hand and can interact with the VR world by means of various buttons, joysticks and touchpads (depending on the controller it can be different).

Since this is VR (that means a completely virtual room in which you donâ€™t see the reality around you anymore), these controllers have to be displayed in the room to be used by you in a meaningful way and of course it is also important for the VR applications themselves to see where these controllers are located where they point, and so on.

The disadvantage of this kind of tracking is, however, that the setup effort is much higher: You have to set up the sensors in the room, possibly mount them on the wall, you may need a fixed room, which is then prepared for VR (typically also space, because you should be able to move in a certain frame, without running against your equipment in reality, just because you have to walk away from something, etc.) In addition, you have to be able to do the following steps, of course.

Microsoft Mixed Reality eyeglasses have introduced another possibility to this category of devices: Inside-Out-Tracking, which uses built-in sensors and cameras to determine the position in the room, eliminates the need for external sensors, the headset can be used practically anywhere and can also be packed in a backpack, for example, and easily taken to a friendâ€™s home.

The only prerequisite is that the friend has installed a Windows PC with FallCreator Update (1709) and his graphics card supports a certain version of the driver, which is not a special one, but simply because the GPU needs to provide enough performance, but while the Rift or Vive can only support dedicated gaming computers of a newer design, the MXRs can also be used with much weaker hardware, such as the FallCreator Update (1709).

The HTC Vive and Oculus Rift, for example, cost 700 euros before Christmas 2017 and above, sometimes without or with only 2 sensors (3 are recommended).

The Mixed Reality Headsets, which technically offer better resolution, easier setup and easier access, were already available for 400 Euro, meanwhile in the USA even for 230 Dollar, but when it became known that the prices for the MXR headsets will be so low, Oculus has followed suit and lowered the Rift also in price, so that it is now available for 450 Euro.

However, the MXR headsets have now definitely brought prices to very consumer-friendly price regions, making the VR world accessible to anyone who wants to try it out.

Why did I buy the Dell Visor now?
All MXR headsets (except the Samsung Odysee-Glasses, which are sold in Europe but not sold in Europe anyway) are very similar to the same ones in terms of hardware (except for small things like headsets that use a large display, others use two single displays, etc. but that makes almost no difference for the usage)

The most relevant differences lie in the appearance and materials used, and I think the Dell Visor headset with its leather-covered upholstery, the well-finished plastic and the good haptics seems to me to be the cleanest to use, and the technical features are practically the same, even though one manufacturer likes to write something like "a field of view of 100° and the other one a little bit of 105°", this has something to do with the copyrights.

The weight of the Dell Visor is a little bit higher due to its workmanship, but since it is also very comfortable to wear and practically inconspicuous, this was not a decisive factor for me.

In the second part of the series Iâ€™ll tell you something about the insideout-tracking and a small but important trick, how you can let the controllers track a little better, but this only works very well to anticipate it.

Read more about Mixed Reality in part 2 of the series